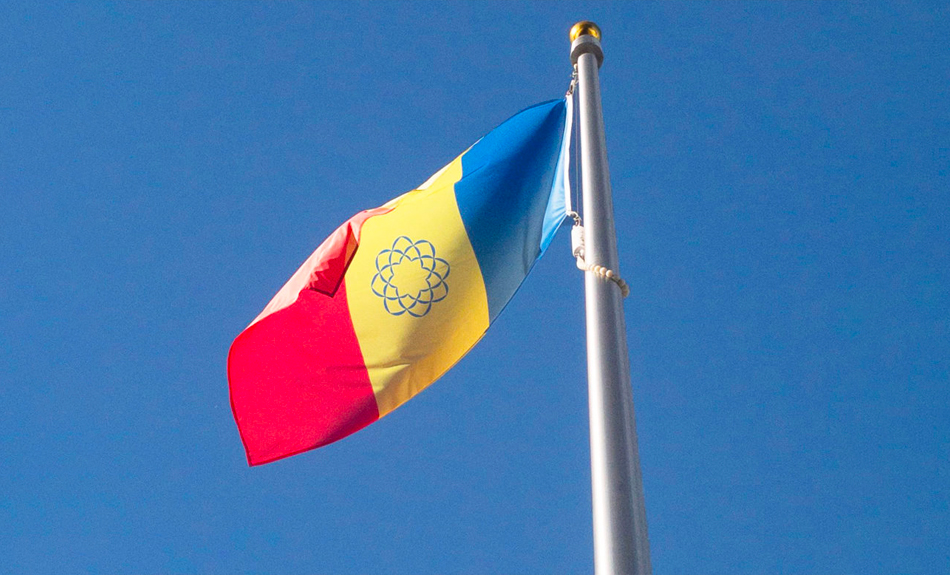 The emergence of a people’s movement in postwar Japan.

President Makiguchi made the writings of Nichiren Daishonin his mentor, facing great persecution and revitalizing Buddhism in an age when the Law was threatened with extinction.

In 1928, educators Tsunesaburo Makiguchi and his disciple, Josei Toda, encountered Nichiren Buddhism. They recognized its power to transform people’s misery into happiness and reform Japan’s feudal society. They founded the Soka Gakkai (Value-Creation Society), a Buddhist organization in which the common people were central. They published Nichiren’s writings and established a daily Buddhist practice based on the writings. The two men initiated a movement of small discussion meetings held in local communities. They published Nichiren’s writings, and revived Shakyamuni’s spirit of helping others through heart-to-heart dialogues with family, friends and neighbors.

Daisaku, I will build a solid foundation for kosen-rufu in Japan, but you will pave the way for kosen-rufu throughout the world. I will create the blueprint; you will make it a reality.

During World War II, the military government imprisoned Tsunesaburo Makiguchi and Josei Toda for refusing to compromise their beliefs and accept the state-mandated Shinto religion. Makiguchi died in prison of mistreatment and malnutrition. Josei Toda was released from prison near the end of the war. He dedicated himself to rebuilding the Soka Gakkai and spreading Nichiren’s teachings throughout Japan. By the time of Toda’s death in 1958, the Soka Gakkai had grown into a movement of more than 800,000 households, transforming the misery of war-torn Japan into a movement of hope and triumph over adversity.

As Toda’s life was coming to a close, he entrusted his closest disciple, Daisaku Ikeda, with the ultimate goal of accomplishing world peace based on Buddhist humanism.

This is what I heard.

—The Lotus Sutra and Its Opening and Closing Sutras, p. 35

The meaning behind each and every word and phrase of the twenty-eight chapters of the sutra refers to the hearing of this doctrine as it applies to one’s own self, and this is summed up in the words “This is what I heard.” This thing that is heard is Nam-myoho-renge-kyo. Therefore the sutra says that all achieve the Buddha way.

—Nichiren Daishonin, The Record of the Orally Transmitted Teachings, p. 222

The heart of “This is what I heard” exists in the disciples rising up with the determination to lead others to happiness just as their mentor did. It is a declaration of a momentous struggle, of readily taking on all hardships in the cause of guiding others toward enlightenment.

Sutras customarily begin with the phrase, “This is what I heard.” When Shakyamuni’s disciples put his teachings into order, they inserted this phrase to indicate that this is the teaching as they received it.

Daisaku Ikeda: Initiating a Buddhist Renaissance for the Twenty-First Century

In the Lotus Sutra, Shakyamuni Buddha proclaims, “I have been constantly in this saha [suffering filled] world, preaching the Law, teaching and converting.” We must struggle within society! Always among the people! Never forget that this is the great, eternal path of the Soka Gakkai, with its mission of establishing the correct teaching for the peace and prosperity of the entire world, of all humanity.

Daisaku Ikeda became the Soka Gakkai president in 1960, succeeding his mentor, Josei Toda. Ikeda traveled the world to spread Nichiren Buddhism and encourage local members. In 1975, he became the founding president of the Soka Gakkai International, now a global network with more than 11 million members in 192 countries and territories.

“The unprecedented spread of Nichiren Buddhism that we see in each region around the world today started from the pioneering efforts of devoted individuals,” says President Ikeda. “It is always individuals with a strong sense of commitment and responsibility who open the way … and become a transmission point for the spread of Buddhism in society.” (May 11, 2001, World Tribune, p. 1)