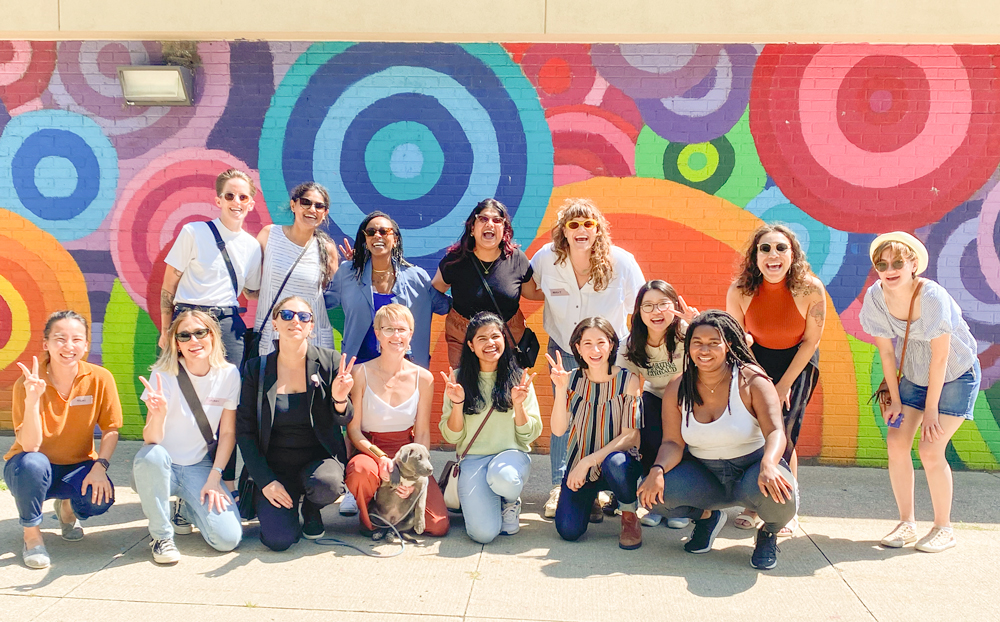 The most diverse Buddhist community in the United States.

We are the most diverse Buddhist community in the United States.

The Soka Gakkai International-USA (SGI-USA) is part of a global community-based network of more than 11 million people in 192 countries and territories that practice the humanistic philosophy of Nichiren Buddhism centered on respect for the dignity of life.

As members of the SGI, we are committed to dialogue and nonviolence based on the conviction that individual happiness and the realization of peace are inextricably linked.

Our basic daily Buddhist practice, carried out in our own homes, is chanting the phrase “Nam-myoho-renge-kyo” and reciting portions of the Lotus Sutra as a means to embrace and bring forth our Buddha nature, our limitless reserves of wisdom, courage and compassion and apply them to our daily lives. We also share the teachings of Buddhism with others in order to help them become happy.

In the U.S., we represent the most diverse Buddhist community with more than 2,500 monthly neighborhood discussion meetings and some 90 Buddhist centers throughout the country.

We gather monthly for small-scale neighborhood discussion meetings where we study Buddhist principles and share our experiences of applying Buddhism to the challenges of life. As religion journalist Clark Strand notes: “At an SGI-USA discussion meeting, every voice is heard. Such meetings are egalitarian in spirit, democratic in practice and decidedly life-affirming in their vision of how Buddhist practice might contribute to the happiness of the individual and, in so doing, provide the foundation for a happy society.”

Based on core Buddhist principles such as respect for the dignity of human life and the interconnectedness of self and the environment, the SGI engages in various peace activities, including human rights education, the movement to abolish nuclear weapons and efforts to promote sustainable development.

We uphold the Buddhist tradition that originated with Shakyamuni based on the Mahayana scriptures and the Lotus Sutra in particular. The Soka Gakkai is engaged in faith practices and activities in society that correspond with the compassionate spirit of the Lotus Sutra in the contemporary world.

The Soka Gakkai (literally, “Society for the Creation of Value”) was founded in 1930 by reformist, educator and author Tsunesaburo Makiguchi, initially as a study group for educators. However, due to Makiguchi’s faith in Nichiren Buddhism, this group quickly developed into a broader-based movement focused on the ideals and practice of Buddhism.

Facing oppression from Japan’s militarist government, Makiguchi and his closest disciple, Josei Toda, were arrested and imprisoned in 1943 as “thought criminals.” Makiguchi died in prison in 1944.

After his release, Toda continued to promote an active, socially engaged Buddhism as a means of self-empowerment—a way to overcome obstacles in life and tap inner hope, confidence, courage and wisdom. He used the term “human revolution” to express the central idea of Nichiren Buddhism—that all people are capable of attaining enlightenment in this lifetime. With Toda as president, the Soka Gakkai began to flourish in Japan.

Toda, who passed away in April 1958, was succeeded as president in 1960 by Daisaku Ikeda, who further developed the movement in Japan as well as on a global scale. Soka Gakkai International (SGI) was founded on January 26, 1975, as a worldwide network of socially engaged Buddhists dedicated to a common vision of a better world through the empowerment of the individual and the promotion of peace, culture and education.

Under Ikeda’s leadership, the SGI has developed into one of the most significant engaged Buddhist movements in the world, fostering and promoting grassroots activities in such areas as nuclear abolition, human rights and education for sustainable living.